International Beer Day is celebrated around the world in pubs, breweries and even your own social gatherings. On August 6, beer will bring beer lovers (and those who don’t know it yet) together to raise a toast to brewers and bartenders and celebrate all things beer.

International Beer Day is celebrated in about 60 different countries, in roughly 200 towns and cities and on six continents. If you’re a fan of Oklahoma craft beer already, you probably appreciate the variety of beer and are probably fully invested in trying new beers when they roll out. If you’re not sure where to start, the best way is to sit up at the bar and ask your bartender what they suggest.

Each of our breweries have their hand in unique styles but here’s just a few you can try no matter what part of Oklahoma you’re in.

Marshall Brewing Company– Tulsa: “This Land Lager”
This Land Lager is a celebration of Brewmaster Eric Marshall’s time in Germany over the course of time and the passion he developed for perfectly executed lagers while studying and apprenticing. The resulting Helles lager connects the European tradition to Oklahoma history celebrating Woody Guthrie and his lasting contribution to Americana and championing of the working class.

Eerie Abbey Ales– Tulsa: “Poperinge” pays homage to Belgian hop tradition.
Named for a Belgian town known as the birthplace of Belgian hops, the Poperinge region in Belgium used to produce 80% of the hops used in Belgian beer but in later years hop production has been outsourced to other places like Europe, North America, and Australia. This IPA pays homage to the Belgian hop tradition and acknowledges the current situation by utilizing hops from America, Australia, and Europe.

Anthem Brewing – Oklahoma City “Rad Hombre”
Rad Hombre is Anthem’s take on a Mexican-style cerveza with a twist. A hint of lime is added to create the citrusy summer-time flavor. Cerveza’s are best when served with salt and lime and it doesn’t even have to be Cinco de Mayo.

Renaissance Brewing– Tulsa: “Deustchican” Vienna style lager.
Renaissance’s Vienna Lager is made with a large portion of Vienna malt which provides a light, toasty, and malty beer which is smooth to taste and easy to drink.

And while these five beers can’t cover the entire state, we encourage you to drink local this International Beer Day! 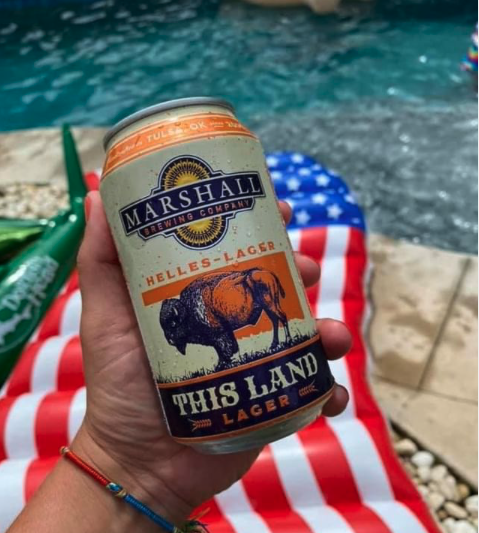